The Silk is the first yo-yo made by Eric Wolff and his partnership at Alchemy yo-yos. The Silk was released in 2006 and is machined out of a block of solid delrin, which is self-lubricating and a very smooth plastic, by using a CNC lathe. This also means it avoids the variations of plastic density that injection molding can produce.Since the Silk is made of Delrin reportedly this improves grinds. It is a wide, butterfly shape yo-yo, featuring a rim lip for inner ring grinds, something rarely seen on plastic yo-yos. 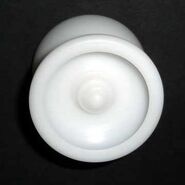 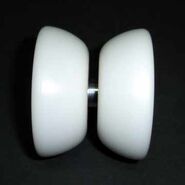