The Bassalope by CLYW is the first signature return top of Sebastian Brock when he had first joined the CLYW player team. It was also the first return top by CLYW to use a small bearing with a singular silicone pad for bind response.

It also has unique ridges on the outside face of the hub. At sixty-five grams, it shares the same weight as the Wooly Marmot. The Bassalope also has Sebastian's name inscribed on the rims, making it one of the few CLYW return tops to feature laser engravings.

The later version of the Bassalope was redesigned with a large C-bearing and 21mm OD (Large Broad) grooves for flowable silicone response. 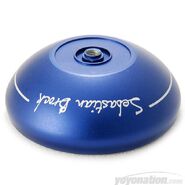 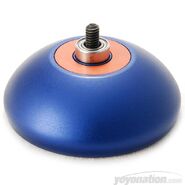 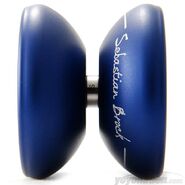