The Hayabusa by Duncan is a yo-yo in the Hardcore series, first released in the Summer of 2008.

The Hayabusa is a 4A (Offstring) yo-yo developed through trial and error by the members of Duncan Crew Japan. It features a polycarbonate body complimented by rubber rims to help it bounce after a harsh drop. It also has a ball bearing axle for long sleep times, two different sets of spacers for adjusting the string gap, and a 3 Hole Triad response system, which are two sets of three recessed holes that function like reverse starbursts. Response pads are also usable on the Hayabusa. It also uses the same type of interchangeable side caps as the FH Zero.

The Hayabusa SL features softer rubber rims for better shock absorption and softer landings. There is also a clear version of the Hayabusa, which weighs more than the standard version. In addition, there was also a promotional version for the 2008 live-action film Speed Racer (based on the 1960s cartoon series of the same name), and it features a red and white color scheme with the Speed Racer logo on one side, and the Mach Five's "M" logo on the other. 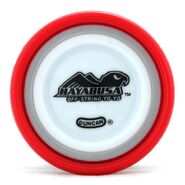 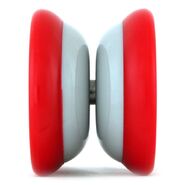 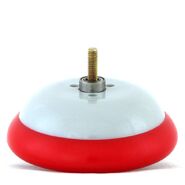 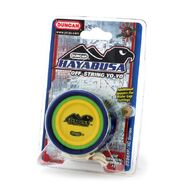 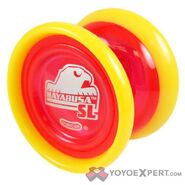 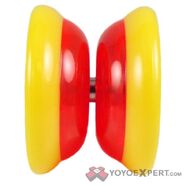