The Professional was originally introduced in 1971 by Duncan. In 1974 it was redesigned from the classic Tournament shape to that familiar, distinctive Slimline shape. Since then, it had been used as their primary advertising yo-yo up until the early 2000s. When Duncan acquired Playmaxx, it started using the ProYo for the bulk of its yo-yo advertising, and all but discontinuing the Professional Slimline.

There had been many versions of the Professional released, including the Magic Motion line (featuring popular comic book superheroes), most of their advertising and even for the 1979 Duncan Yo-Yolympics.

During the 1980s, Japanese toy manufacturer Tsukuda Original made and distributed their own iteration of the Professional in Japan as the "Duncan Sports Yo-Yo" (featuring the artwork of the Duncan Yo-Yolympics) and the "Master".

The Professional was also licensed to Bandai in 1997 for the Hyper Yo-Yo line as the Hyper Pro (Japanese: ハイパープロ) and Hyper Millennium (Japanese: ハイパーミレニアム), along with a promotional variant for the anime series Detective Conan (also known overseas as Case Closed). 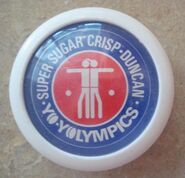 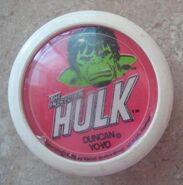 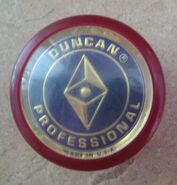 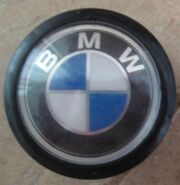 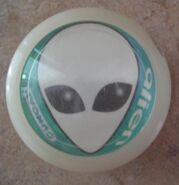 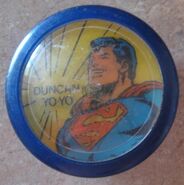 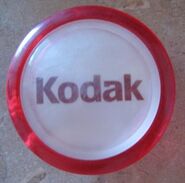