Duncan Friction Stickers (compatible with Looping Stickers)
The Speed Beetle by Duncan is a low-cost looping yo-yo in the Hardcore series, first released in 2005.

It was popular for looping and 2A, these which the Speed Beetle is designed for. It is great for beginners or for carrying around so when people ask to borrow your yo-yo, you can give them this, instead of having them damage a more valuable yo-yo on the concrete. It is sometimes referred to as the "Speedle", for short. The yo-yo can also be fitted with long-lasting, purpose-built Looping Stickers.

It is best recognizable for its distinctive ridged body shape, which it had inherited from the Orb, an older release from the original 1999 Hardcore series line-up. The yo-yo comes in either standalone packaging (which comes included with thin looping spacers for adjusting the string gap) or in a $9.99 USD two-pack with the ProYo. The Speed Beetle included in the two-pack comes with a single looping spacer and one standard spacer.

It was also licensed for the Hyper Yo-Yo line in 2010 as the Windorbit (Japanese: ウインドオービット). 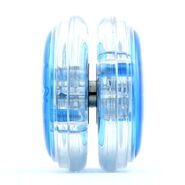 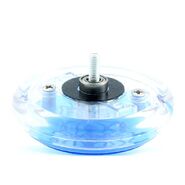 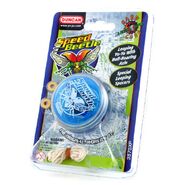 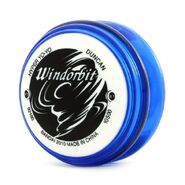