Starburst
The Trans-Axtion by Duncan is a yo-yo released in Q1 1999, and would eventually be re-released later that year as part of the Hardcore series, alongside the Avenger, Ballistic and Orb.

The Trans-Axtion is a wing-shaped string trick yo-yo with a transaxle sleeve that allows it to spin three times longer than anything with a fixed axle, such as the Imperial or the Butterfly. It also features a pair of removable side caps on its body halves, along with the traditional starburst response system. Given that this is Duncan's first high-performance plastic yo-yo, this wouldn't be too surprising. Compared to most other transaxle yo-yos at the time it didn't perform as well.

There existed a prototype ball bearing model of the yo-yo that was featured in the 2001 Paramount Pictures comedy film Zoolander.

The Trans-Axtion, though discontinued in 2001, would become the basis of the very first dedicated 5A yo-yo; the original Freehand, which was designed by U.S. National Master Steve Brown. Special ball bearing Trans-Axtions were distributed at the New York Toy Fair as prototype Freehands.

A keychain version of the Trans-Axtion was also released. 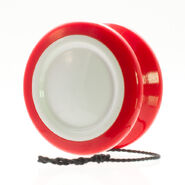 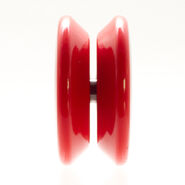 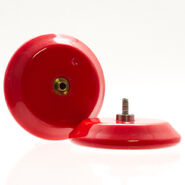