Evan Nagao was only three years old when his dad, Alan Nagao taught him how to yo-yo. Evan's father is also the owner of a former yo-yo shop in Hawaii, and was also responsible for forming THP, the legendary yo-yo demonstration team which was partly responsible for the widespread yo-yo boom during the 1990's. Evan's play style is most focused on memorable performance, often involving tricks most wouldn't even consider, from fake knots in GT Suicides, to under the leg Brent Stoles, and even a horizontal variant on the classic walk the dog seen in his 2015 Nationals freestyle.

In 2009, Evan became a sponsored player for YoYoFactory.

In 2018, Evan Nagao took the 1A world championship title using the Edge Beyond yo-yo at the World Yo-Yo Contest.

2019 marked the end of Evan's competitive yo-yo career, as he had chosen to retire and transition into a music career under the artist name "Evan From Heaven." However, he made sure to make his performance a memorable one by throwing to a song he himself wrote, fittingly titled "The Last Stand." 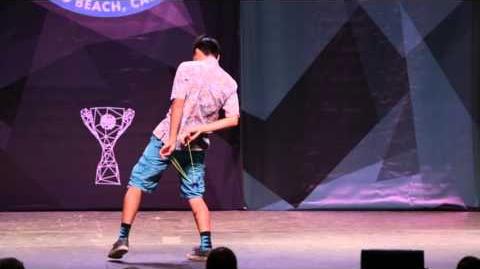 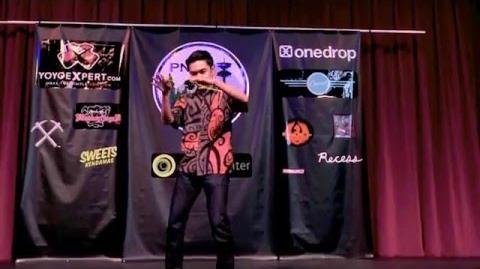 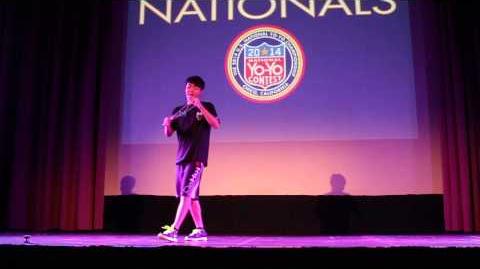 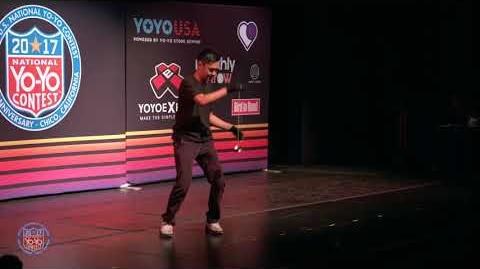 NYYC 2017 1A Finals 1st Place - Evan Nagao
Add a photo to this gallery
Retrieved from "https://yoyo.fandom.com/wiki/Evan_Nagao?oldid=44805"
Community content is available under CC-BY-SA unless otherwise noted.