Humphrey Corporation was started in the early 1970's by Dave and Ken Humphrey. Originally the company only produced a frisbee, the Humphrey Flyer which was used extensively in advertising promotions. In 1975 the company added yo-yos to their line of products.

In the 1980's and 1990's the company has focussed on advertising yo-yos. During this period the company became one of the largest producers of these types of yo-yos, with over 1,000 different models produced per year and a total production of over 1,000,000 yo-yos. The yo-yos are used as promotional items by large as well as small companies. The comapny doesn't sell directly to buyers, but rather through a network of distributors in the United states.

Originally the company produced 3 styles of yo-yos: All Pro (the most common model), Classic and Monarch, a butterfly-shaped yo-yo. In later years only the All Pro model was produced, a style to which collectors refer as the Humphrey style.

In the 1990's the company started the production of a line of new models with new molds. In addition to the bottle cap models produced for Coca-Cola and Pepsi, it created a sports line with golf ball, soccer ball, baseball and hockey puck yo-yos. 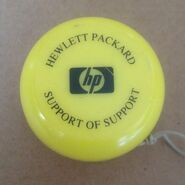 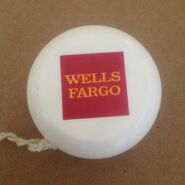 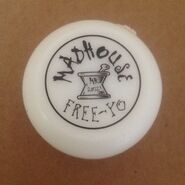 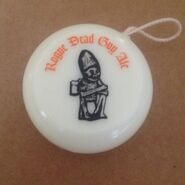 Retrieved from "https://yoyo.fandom.com/wiki/Humphrey?oldid=27341"
Community content is available under CC-BY-SA unless otherwise noted.