Josh Yee also known as "Jayyo" is sponsored by MadHouse YoYos and is a member of their team, The MadHouse Syndicate. Josh lives in the San Francisco, California and has been competing in contests since 1998. Josh has been an innovator in many different styles of play and is known for being the creator of the yo-yo style 1/2 A as well as creating Fake Binds.

Josh is very involved in the yoyo community both online and off. Often you can find him helping out people on the yoyo boards as well as running Team2YO which he founded in 2005. In addition to this Josh is a know competitor and has competed in many different contest. At these contest you can find him entering and competing in every yoyo style, of which he has done consistently well.

Josh's sponsorship by MadHouse YoYos surprised many. In yoyo circles it was know that Josh had turned down many request for sponsorship throughout the years most notable Yomega. So when the announcement was made that MadHouse had picked up Josh there was a certain amount of curiosity to see what Josh was up to and what he would do next. 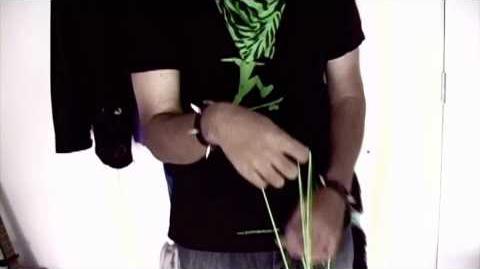 Retrieved from "https://yoyo.fandom.com/wiki/Joshua_Yee?oldid=43957"
Community content is available under CC-BY-SA unless otherwise noted.