Ky Zizan is an American yo-yoer from Pittsburgh, PA, sponsored by Recess Intl. He is known for his fast paced and eccentric style of 1A play, slick technical combos of exceptional length, highly complex slack tricks, beautiful golden locks of exceptionally long hair, and for inventing Double Dragon. In addition to yo-yoing, he produces electronic music and is an avid turntablist. Ky is one of the single best 1A players on the North American continent.

Widely recognized for inventing the Double-Dragon style of yo-yoing, Ky is credited as the first player to create yo-yo tricks with 2 strings attached to the yo-yo while tied to both hands. There are claims that others prior to Zizan had experimented with dual-string play, however the only documented demonstrations of these tricks involve counterweights on the strings, for ease of throwing and catching. Instead, Ky singlehandedly invented a proper means of throwing, binding, and catching the yo-yo consistently with both strings tied to the hands. Further, he created the fundamental tricks of the Double Dragon style, in addition to designing seriously competitive tech tricks utilizing two strings.

Zizan began yo-yoing in 2004 with a green Proyo. The first original trick he created was the Slack Eiffel Tower. He began competing at PA States 2005. After ECC in 2008, he went on a hiatus from the yo-yo community, and no one saw him for 3 years. He returned to the scene in 2011 at the World Yo-Yo Contest, where he scored 80th place in the Preliminary round. During this time, he introduced an improved version of the 1A Tangler, and he also began working on a 1A Butterfly Tangler.

In 2013, after making it through to the 1A finals at the World Yo-Yo Contest, Zizan's routine made history in presenting Double Dragon to the yo-yo community on the world stage. Originally, Ky planned to exhibit Double Dragon as a routine in the Artistic Performance division (AP), but this application was denied. Instead, he manually worked his way through the preliminary and semifinal rounds of the 1A competition in order to reach the finals.

Prior to finals, Zizan received confirmation from judges that while Double Dragon was in fact a new style of yo-yoing, a loophole in the rules did not prohibit the use of two strings on a yo-yo in the 1A division. As the first competitor in the order, Ky decided to begin his 1A final routine with a Double Dragon demonstration, rather than conventional 1A, before changing yo-yos mid-freestyle to also showcase his 1A tricks. While the judging system scored him in 19th place (third from last), Ky's remarkably clean presentation of both Double Dragon and his original 1A tricks, is an unprecedented moment in the history of 1A competition at the World Yo-Yo Contest.

At the 2013 US National Yo-Yo Contest, Zizan again made history in his 1A final freestyle, which consisted entirely of three minutes in the Double Dragon style. Despite a nearly perfect routine, Zizan came in 14th place, second from last. Later he was formally recognized as the Most Inspirational Player of the Year by the judges.

On March 19, 2014, the Official Double Dragon Tutorial Series began publication on YoYoNews.com. Filmed at S.W. Randall, the toy store in Pittsburgh where Ky works and hosts a yo-yo club, this fun-filled tutorial video series introduces the fundamental tricks and concepts of playing Double Dragon. The videos are being produced by Ben Gates and Isaac Sams.

At the 2014 World Yo-Yo Contest in Prague, Zizan was again denied an opportunity to present a Double Dragon routine in the AP division. After scoring 58th place in the controversial, newly introduced Wildcard Round, Ky did not make it through to the further rounds of the 1A contest. However, he was granted a special performance opportunity after 1A finals to do a Double Dragon demonstration. A hastily organized team of dragons: David Stejskal, Andrew Bergen, Paul Kerbel, Michael Kurti, and Zizan himself, shared the honor of being the final performance on the World stage prior to the awards ceremony.

In the fall of 2014, Ky was not present at U.S. Nationals. However, he came in 2nd place at both PA States and IL States. Also during IL States, Ky did a Double Dragon routine in the 3A division, which judges scored 0 points because it did not properly meet the criteria for a 3A performance (there must be 2 yo-yos in play).

In December 2014, Zizan won the 1A division at the Las Vegas Open Championships, earning an automatic seed to semifinals at Worlds 2015 with a virtually flawless 1A routine. This is considered one of the first successful "one throw" routines in history: the routine was composed of a single throw with a total of 5 regenerations.

In January 2015, Ky won 1A at VA States, and scored 4th with Double Dragon in the X-division. He later came in 2nd place in 1A at Cal States, on the heels of contest winner and current 1A world champion, Gentry Stein. 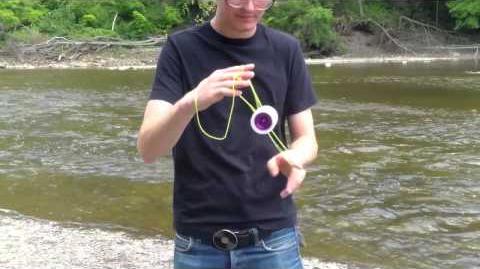 Retrieved from "https://yoyo.fandom.com/wiki/Ky_Zizan?oldid=44830"
Community content is available under CC-BY-SA unless otherwise noted.