RecRev Reverb Pads
The Reverb by Recreational Revolution is a looping yo-yo released in 2012.

The Reverb uses the traditional Convex shape as seen in many popular looping yo-yos such as the Yomega Raider and the YoYoFactory Loop 1080. It also uses a small A-bearing, which has a string-centering groove for longer sleeping.

However, unlike other looping yo-yos at the time of its release, the Reverb is hollow on the inside in order to keep the weight down, and uses wide, specially-designed response pads. It is also unique in that it is machined out of delrin instead of injection-molded, with the only known others of its kind being the YoYoRecreation Negator (2014 model) and the Turning Center Goemon of 2013.

It's a bit smaller compared to other looping models like the Loop 1080, Raider, Duncan Hornet and YoYoJam Unleashed, but that smaller size makes it good for players with smaller hands. Of course, because it is machined out of delrin, the Reverb wouldn't be an inexpensive looper, as it retailed for around $45 USD apiece. 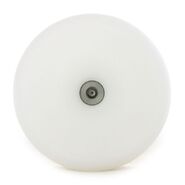 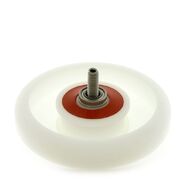 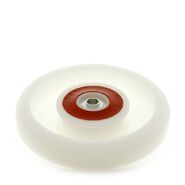 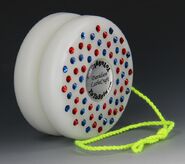 Spiral-jeweled by YoYoSpin
Add a photo to this gallery
Retrieved from "https://yoyo.fandom.com/wiki/Recreational_Revolution_Reverb?oldid=43028"
Community content is available under CC-BY-SA unless otherwise noted.