The Techno by Shinwoo was a string trick yo-yo first released in 2001. It is shaped similarly to the Duncan Freehand 2 and plays similarly, as well. It featured a ball bearing axle for long spin times, internal metal weights behind the side caps, and Shinwoo's rubber response pads (for the 2002 model and later). Also released was the Fire Techno, which featured a light-up system. Its successor model, the Techno 2, was released in 2010. 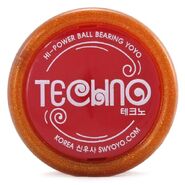 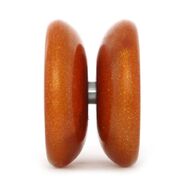 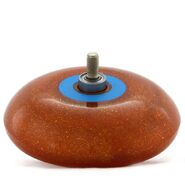 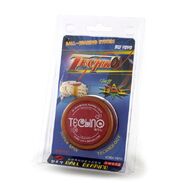 Original version
Add a photo to this gallery

Retrieved from "https://yoyo.fandom.com/wiki/Shinwoo_Techno?oldid=38077"
Community content is available under CC-BY-SA unless otherwise noted.