For the original version of the yo-yo, see Tom Kuhn Pocket Rocket (wood)

The Pocket Rocket, first released in 1999, is a miniature aluminum yo-yo made by Tom Kuhn. It was the very first yo-yo by Dr. Kuhn that included his patented Turbo Disc response system.

The Pocket Rocket's size is similar to the aluminum hub of the Henrys Viper from Germany, and one popular modification for the yo-yo, was to machine grooves into the rims and install Viper shells from there. 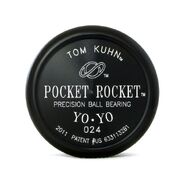 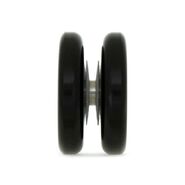 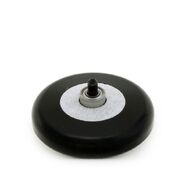 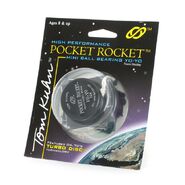 Tom Kuhn Pocket Rocket (from Dave Schulte's collection)
Add a photo to this gallery
Retrieved from "https://yoyo.fandom.com/wiki/Tom_Kuhn_Pocket_Rocket_(aluminum)?oldid=41569"
Community content is available under CC-BY-SA unless otherwise noted.