Tom Kuhn Turbo Discs
The Silver Bullet 3 (SB-3 for short) is a limited production yo-yo manufactured by Tom Kuhn, and the third yo-yo in the legendary SB series. Fifteen units (numbered 0001 through 0015) were first produced in the mid-2000s. In 2012, 100 more yo-yos were produced, fifty as standalone yo-yos, and fifty more for the Silver Bullet Series Set.

The SB-3 boasts the "Click Adjust" system, which allows the user to simply twist the yo-yo halves to adjust the string gap width to his/her preferred setting, with a ratchet-type mechanism that locks the setting with each click. This makes for a simpler and more practical gap adjustment method than with the older SB-2. It also features Turbo Disc response, and an "I"-sized bearing common in most ball bearing-axle yo-yos made by Tom Kuhn, except for the later SB-4, which uses a larger bearing size.

Each SB-3 also comes with a certificate of authenticity. Considering that it is a limited production yo-yo, that wouldn't be too surprising.

The SB-3's development first began in 1998, particularly its gap adjustment system, which would allow the user to make on-the-fly adjustments when performing a complex sequence of tricks. In 2000, the yo-yo's patent was issued, but despite this, it was put on hold for several years due to changing yo-yo markets. In 2012, after the last SB-3 yo-yo was manufactured, the project was finally shelved for good. 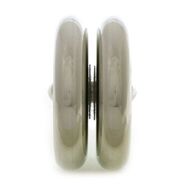 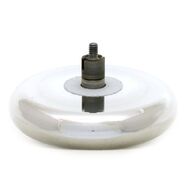 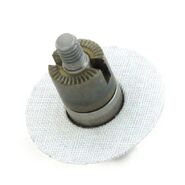 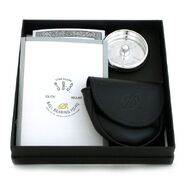 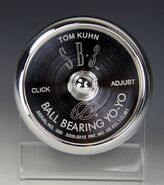 Retrieved from "https://yoyo.fandom.com/wiki/Tom_Kuhn_Silver_Bullet_3?oldid=43981"
Community content is available under CC-BY-SA unless otherwise noted.