Underdog yo-yos are the creation of Matt Schmidt.

The first yo-yo in the range was released at the end of 2005 and featured an aircraft-grade aluminum construction with a proprietary Teflon HardCoat. The Underdog was modeled after the iconic Freehand series by Duncan. Designed with a unique inner rim, this was amongst the first yoyos suitable for inner rim, or "thumb" grinds. The Underdog has a deep recess on one of the inner walls, while the other half is flush and without a response system. With only one friction sticker in the deep recessed side, this yo-yo would "kick back" when thrown. However, the deep recess allowed players to stack as many as 5 friction stickers to their desired depth. In 2007, players began filling the recess with flowable silicone, allowing even greater customization. 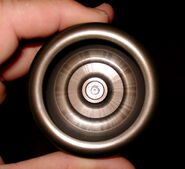 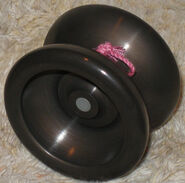 The initial run of yo-yos were in very short supply, and in very high demand with the community. It is forseen that the owners of these first run yo-yos will end up with a very collectable player in their arsenal.