The Split Decision was Werrd's first and only venture into the realm of adjustable-bodied yo-yos in the vein of the Duncan Pro Z or the classic Tom Kuhn No Jive 3-in-1. A machined aluminum, large bearing yo-yo at the core, the design featured interchangeable delrin rims (referred to as "Donuts") that each had a different diameter, width, and weight.

The ability to swap out the Donuts gives the user the option to change the playing feel of the yo-yo quickly and easily. It also gave the added benefit of protecting the aluminum body of the yo-yo from damage. If the Donuts were damaged, they could simply be replaced with a fresh set of spares. The Donuts came in three different varieties;

The pointed hubs on the sides of the yo-yo also permitted the use of Jimmy Hats. However, due to production issues and Werrd's commitment to high quality products, there was never a very large supply of extra Donuts. Because of extreme machining tolerances, they had to be hand tested and matched in the factory, and many yo-yos that came off the line wobbled or vibrated too much to be sold on the market.

The Split Decision was later replaced with the In Decision and the Bad Decision, both of which also featured delrin rims, but those were not intended to be removable 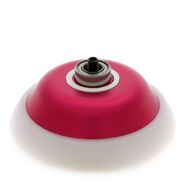 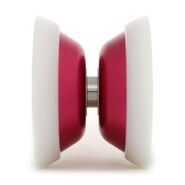 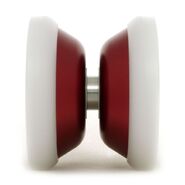 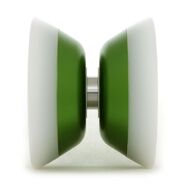 Profile - Speed Donuts
Add a photo to this gallery
Retrieved from "https://yoyo.fandom.com/wiki/Werrd_Split_Decision?oldid=41635"
Community content is available under CC-BY-SA unless otherwise noted.