The Ghost Orbit is an offstring yo-yo, but unlike most other offstring models at the time of its release, it features the V5 Catch Zone, which was invented by Chen Lia Jin. This allows the response area to spin freely from the rest of the body, almost completely eliminating sleep loss when the string touches the body, and opening the door to tricks where the yo-yo can be held in the user's hands while it is spinning, as well as horizontal play. The significantly lessened sleep loss also allowed for longer trick combos.

Being an offstring yo-yo, the Ghost Orbit is wide, so the V5 catch parts are widened, as well, making it all the more easier to catch on the string. The yo-yo also comes included with a large drawstring bag for storage. 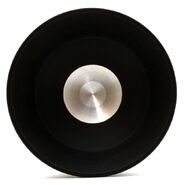 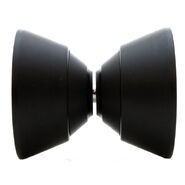 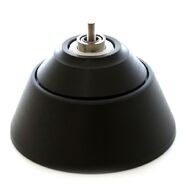 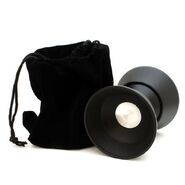 With drawstring bag
Add a photo to this gallery
Retrieved from "https://yoyo.fandom.com/wiki/YOYO.Y_Ghost_Orbit?oldid=41496"
Community content is available under CC-BY-SA unless otherwise noted.