The Divault (Japanese: ディヴァルト) is a YoYoFactory yo-yo designed specifically for and released as part of Bandai's Hyper Yo-Yo range on September 21st, 2013.

The Divault is a Japanese-exclusive yo-yo from YoYoFactory released in the Hyper Yo-Yo line as a premium, high-performance model set for bind response. For the most part, it is based on the Northstar, but has rounded side hubs, much like the Protostar. The Divault also features a Center Trac bearing, along with CBC Large Slim Pad response. All of these qualities makes the Divault one of the top-of-the-line yo-yos in Hyper Yo-Yo, meant for those who are stepping into the world of professional-level unresponsive play. 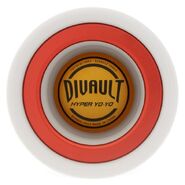 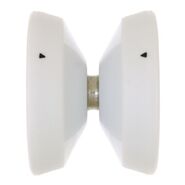 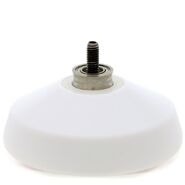 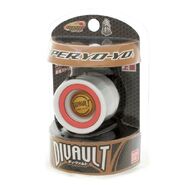