It is constructed with an aluminium body, the F.A.S.T. response system, and plastic lens caps with printed, serial-numbered paper inserts. Overall, only 121 of these yo-yos were ever produced, and were anodized in blue, black, and silver.

Some of the yo-yos came included with a stopwatch so that the user could measure how long that they could get their F.A.S.T. 301 to sleep. 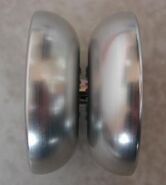