Original: .555 Dif Pads
Later versions: Recessed silicone or CBC Pads (Large Slim)
The G5 by YoYoFactory is the fifth yo-yo in the "Project Red Alert" series. It was the first modern H-shaped metal yo-yo in history to be produced and sold. With its unusual shape and free spinning hubstacks, this delivers an all around new yo-yo experience. The H shape allows the weight to be distributed mostly in the rims for easier maneuverability, also making the yo-yo longer spinning and more comfortable to hold. The hubstacks are used to manipulate the plane/axis of the yo-yo for Matador-style tricks, and could even allow the user to ripcord it into a spin, instead of throwing it down.

All of the G5 variations up to 2010 came standard with YoYoFactory's best "Dorothy" bearing and a low-friction coating. The G5 originally came with .555 Dif Pads. Many players chose to replace the recessed pads with flowable silicone, and starting in March 2007, G5's were made with silicone as the standard response system. In 2010, a new version of the G5 design was released, which uses Large Slim response pads.

When this yo-yo arrived on the scene, it had started an era where the competitions would be dominated by full-metal yo-yos. 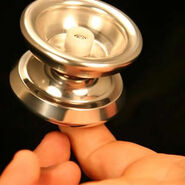 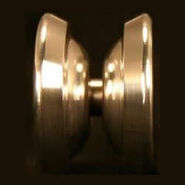 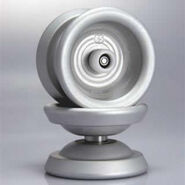 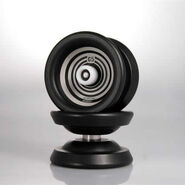 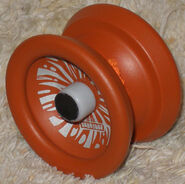 G5 Sabotage Edition, never released to the public, this particular example's hubstacks have been "pimped" with Duncan friction sticker centers, making for better grip on the hubstacks and added cool factor. 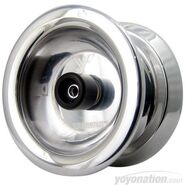 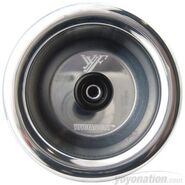 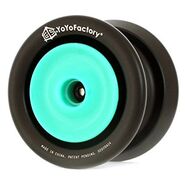 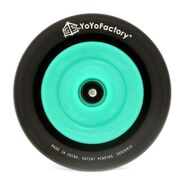 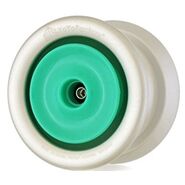 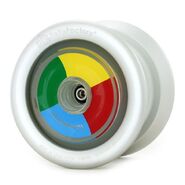 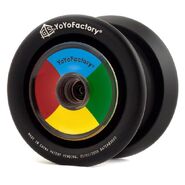 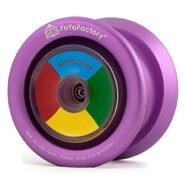 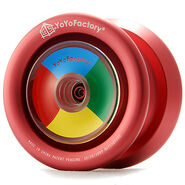 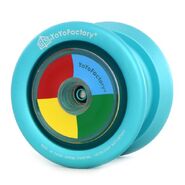