Starburst
The Loop 2020 is a yo-yo released in Fall 2018 by YoYoFactory as a signature yo-yo of Shu Takada.

The Loop 2020 is a next-generation looping yo-yo developed with a modular parts system designed to accommodate the evolution of the player's skills. Every aspect of the yo-yo is adjustable; weight, response, speed, and spin time.

The user can fine-tune the Loop 2020's performance to their desired preferences by interchanging axles, starburst response units, and bearing spacer types. It also uses the same size of bearing as the 2017 Loop 720.

YoYoFactory also had a pre-release membership program for the yo-yo. Anyone who signed up paid a $50 USD fee (plus shipping), and received a pair of prototype Loop 2020s in addition to a membership tag, member number, access to future Loop 2020 parts, as well as a discount on accessories, along with new and exclusive looping items from YoYoFactory.

Members needed to periodically return feedback on the yo-yos.

YoYoFactory also had plans detailing a system for members to earn credits for generating content, posting videos, helping other people, and sharing the love for 2A.

Initial planning for the Loop 2020 began in December 2015, and in 2016, the tooling for the yo-yo's manufacturing process was acquired. In addition, hundreds of changes to the design were made. In September of that year, Shu Takada received the first prototypes at the 2016 World Yo-Yo Contest, but not for public viewing. Hundreds more changes were made after this.

In 2017, Shu Takada, along with John Ando, received more up-to-date production samples of the yo-yo for testing, in addition to changes to the design. On April 6th, 2017, prototypes of the Loop 2020 made their first USA appearance. Four days later on April 10th, 2017, Shu Takada, along with John Ando, Patrick Mitchell, and Atsushi Yamada received prototypes for testing. The same year, public prototyping began for the Loop 2020.

In 2018, a test production batch for an orange signature series edition of the Loop 2020 of Shu Takada, based on yo-yos used by Takada himself in his winning routine in the 2A division of the 2017 World Yo-Yo Contest, was made available for sale on the Japanese online store for Yo-Yo Store Rewind. 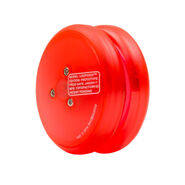 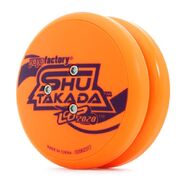 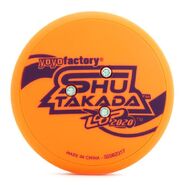 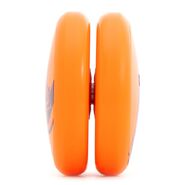 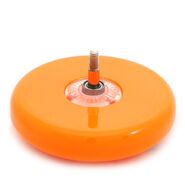 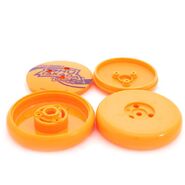 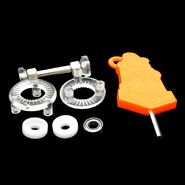