The Nine Dragons is a yo-yo released in 2016 by YoYoFactory.

The yo-yo was offered early to members of the YoYoFactory Dream email list and given a limited pre-release on April 16th, 2016 at the California State Yo-Yo Championship.

The Nine Dragons yo-yo had originally started out as "Revolution #9", a design for the Project Red Alert series that was developed but never released due to Asian manufacturers copying and reproducing YoYoFactory's designs in their own yo-yo products. This had prompted YoYoFactory's decision not to release Revolution #9 until things would change in the world retail market.

Years later in 2016, YoYoFactory had collaborated with Chen Lia Jin, the inventor of the V5 Catch Zone, to refine Revolution #9's design. The result is the Nine Dragons, an aluminum yo-yo that has outer "Dragon Shells" made of machined delrin. These shells spin independently from the rest of the yo-yo thanks to a triple-bearing set-up, allowing for a unique variety of tricks to be performed with the yo-yo. This set-up is also seen in any and all yo-yos that featured the V5 Catch Zone.

YoYoFactory is the first major company that has truly pushed into the technology, including a competition-specific promotion. YoYoFactory co-founder Ben McPhee announced that beginning at the 2016 California State Yo-Yo Contest, YoYoFactory will be hosting and promoting “9A Divisions” at select events around the world to specifically foster the unique tricks that can be created and performed with a Nine Dragons.

At the 2016 World Yo-Yo Contest, new injection-molded shell parts for the Nine Dragons were showcased. These were proven to be more durable and to play better. Later that year, YoYoFactory released three new colorways of the yo-yo, which feature the injection-molded shells, one of which being a signature edition for Kevin Nicholas. Replacement shells are also being sold on the official YoYoFactory website.

In November 2016, YoYoFactory hosted the Dragon Tamer Contest, a competition where contestants would create, film, and upload an original trick using the Nine Dragons yo-yo. Originally, the deadline was December 4th, 2016, but because more entries for tricks were coming in after that date, YoYoFactory extended the contest to January 4th, 2017. On February 10th, 2017, the results were in. The winning trick, dubbed "Toasted Butter", was created by Logan Theobold.

In December 2016, a V5 variation of the Dragon Shells, based on the V5 Catch Zone, were released. They are different in design than the standard Dragon Shells in that they do not cover the entirety of the yo-yo. When equipped, this gives a Nine Dragons yo-yo an appearance similar to something like a Kuyostar.

In 2018, YoYoFactory released a version of the Nine Dragons with glow-in-the-dark Dragon Shells. 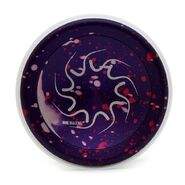 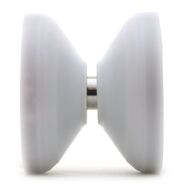 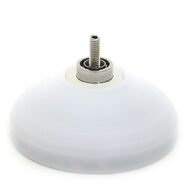 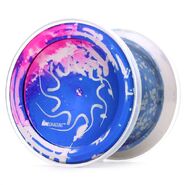 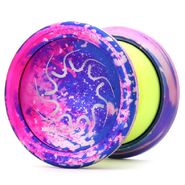 Nine Dragons with V5 shells
Add a photo to this gallery

Retrieved from "https://yoyo.fandom.com/wiki/YoYoFactory_Nine_Dragons?oldid=43585"
Community content is available under CC-BY-SA unless otherwise noted.