The YoYoFactory Northstar is the signature model of 2010 World 1A Champion Jensen Kimmitt. It was first released on October 6th, 2010. It has a similar shape to its base model, the Protostar, but it is three grams heavier, with flat side hubs and heavier weight rings. The yo-yo was initially available in orange, white and yellow but YoYoFactory released two new colors, green and blue.

Jensen Kimmitt had won contests prior to Worlds 2010 with the Protostar, but wanted to make it more suitable to his style of play, that is how the Northstar was born.

Similar to the Protostar, it features anodized aluminium weight rings, situated on the inside of the rims. The first few batches of the Northstar suffered from factory over-tightening issues, making the yo-yo subject to cracking. These issues has since been fixed and the new batches had three injection mold marks on the center of the yo-yo, which do not affect play but make the yo-yo more durable and resistant to cracking.

In response to Jensen leaving the player team, the Northstar was discontinued by YoYoFactory. The ShaqlerStar was a special edition re-branding of the Northstar for Team Shaqler.

In 2013, the Northstar was used as the basis for the Divault, which was designed specifically for Bandai's Hyper Yo-Yo line.

In 2014, YoYoFactory re-released the Northstar with new Aurora and White Glow colors, and without the Jensen Kimmitt signature. 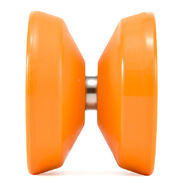 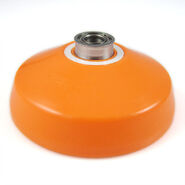