The ONEstar by YoYoFactory is a celcon unresponsive yo-yo released in early 2013.

The ONEstar is a yo-yo that combines the low-edged shape of the legendary Protostar with the affordability and plastic of the One.

It was originally slated to be released in 2012, but the release date had to be changed due to problems concerning durability and performance on the pre-release models. The new release date was set to be in early 2013.

There is variety of special editions, such as a Paul Han edition for the Champions Collection, featuring zebra-like graphics and four different colors, and it was released before the regular version.

Released in 2014 is a purple-colored Ann Connolly edition, which features her signature on the sides, along with a Center Trac bearing, in addition to a purple and teal edition released in YoYoFactory's 2014 WYYC Survivor's Kit, which was available only at (where else?) the 2014 World Yo-Yo Contest.

There is also a teal-colored Asakura Kouhei edition of the yo-yo distributed at the 2015 Worlds in Tokyo, Japan.

YoTricks made the re-release version called The Sage 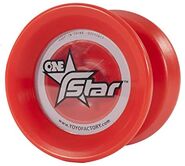 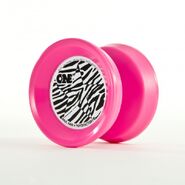 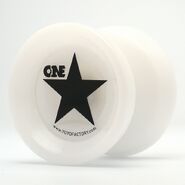 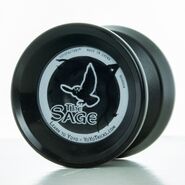 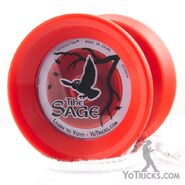 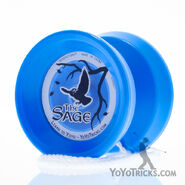 Add a photo to this gallery
Retrieved from "https://yoyo.fandom.com/wiki/YoYoFactory_ONEstar_/_YoTricks_Sage?oldid=44442"
Community content is available under CC-BY-SA unless otherwise noted.