The One (stylized as ONE) by YoYoFactory is a plastic yo-yo designed for beginners with the possibility to upgrade from a narrow bearing to a wide bearing. It is available at least three arrangements for the same price. One with an extra SPEC (large) bearing, another with an instructiona; DVD, and yet another with an extra string. v2 has slight body changes and new colors: a lighter Blue (to replace the darker blue from v1) and White.

There have been a variety of special editions released for the yo-yo, especially one in 2013 sold at Rewind depicting Iiwakun, the cartoon character representing Iwakura City in Japan. On May 5th, 2014, YoYoFactory released an Icon Collection version of this yo-yo that comes with a Center Trac ball bearing. The GACEK Champions Collection model, which was produced in honor of five-time Polish national champion Mateusz Ganc, also comes with a Center Trac bearing. 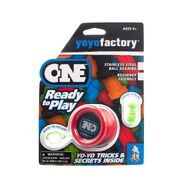 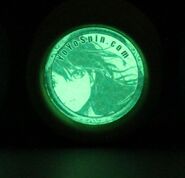 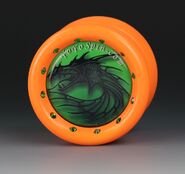 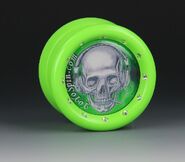 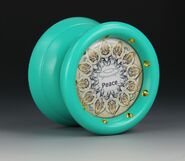 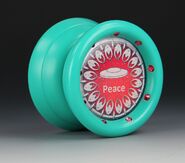 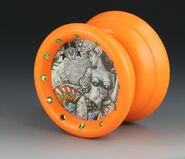 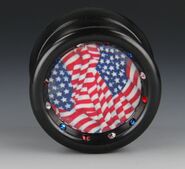 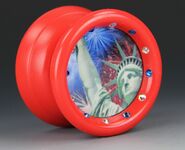 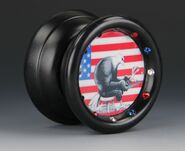 Add a photo to this gallery
Retrieved from "https://yoyo.fandom.com/wiki/YoYoFactory_One?oldid=44433"
Community content is available under CC-BY-SA unless otherwise noted.