The Phenom (stylized as PHENOM) is a bi-metal yo-yo produced by YoYoJam, and Hiroyuki Suzuki's fifth signature series yo-yo. It was released in August 2010, alongside the Phenomizm.

It features an aluminum body with brass weight rings in a midship configuration, silicone o-ring response, and a Dif-e-Yo KonKave bearing out of the box. It features mirror side caps like the Meteor. For a yo-yo of its weight, it was known to play fast on the string, befitting of players like Suzuki.

The early prototype version of the yo-yo, which had a plastic body like the Phenomizm, was used to win the 2010 Asia-Pacific Yo-Yo Championships. For a brief time, the first production batch of the Phenom went on sale at the 2010 Worlds, where it had sold out within a two-minute time period. In addition, a handful of prototype Phenoms that were almost completely finished in 24 karat gold were sold at the 2010 Japan National Yo-Yo Contest. Since its release, the Phenom came in a variety of finishes, from acid washed to splash anodized. Some variants had their weight rings made with a nickel coating, a 24 karat gold plating or even rhodium-plated.

Also released in 2013, was a special run, the Phenom T, which has titanium midship weight rings instead of the brass rings in the standard model. Instead of having mirror caps, its name is laser-engraved on the sides of the yo-yo. 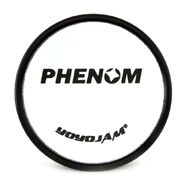 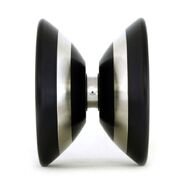 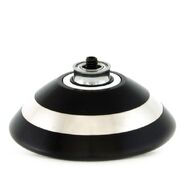 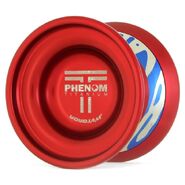 YoYoJam Phenom T
Add a photo to this gallery
Retrieved from "https://yoyo.fandom.com/wiki/YoYoJam_Phenom?oldid=41445"
Community content is available under CC-BY-SA unless otherwise noted.