The Super SpinFaktor by YoYoJam is a yo-yo first released in 2000. It is a variant of the original SpinFaktor, designed to showcase their improvements in the composite material body style, with new nickel-plated bronze weight rings that move 80% of the overall body weight to the rims for longer spinning. Compared to the original SpinFaktor, the Super SpinFaktor was made in a more simplified configuration, making production easier for YoYoJam. It has no response system, relying on the molding dimples on the inner surfaces like a starburst. 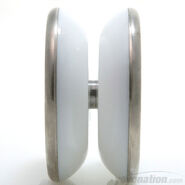 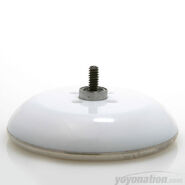 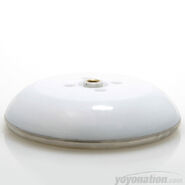 Internals 2
Add a photo to this gallery

Retrieved from "https://yoyo.fandom.com/wiki/YoYoJam_Super_SpinFaktor?oldid=38129"
Community content is available under CC-BY-SA unless otherwise noted.