The Surge is a yo-yo that was released in 2013 by YoYoJam.

The Surge is a variation of the Classic, developed for those who are stepping up to advanced-level, bind-responsive play. It comes stock with a standard-sized C-bearing, along with silicone O-ring response, so that it comes ready for unresponsive play straight out of the box. Heavy at about 71 grams, the yo-yo maintains a strong sense of stability and control during play.

The Surge, not unlike the Classic, comes in a variety of solid colors and two-toned color combinations.

A limited edition version of the Surge that was distributed at the 2013 World Yo-Yo Contest would become the base model for the Odyssey, which was produced in collaboration with Yomega. 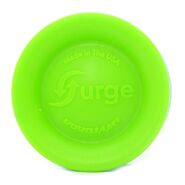 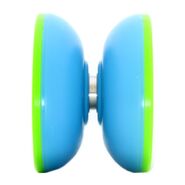 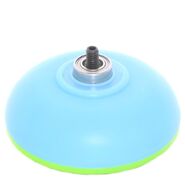 Internals
Add a photo to this gallery
Retrieved from "https://yoyo.fandom.com/wiki/YoYoJam_Surge?oldid=44630"
Community content is available under CC-BY-SA unless otherwise noted.