The Unleashed by YoYoJam is a yo-yo released in 2011 as the replacement for the Sunset Trajectory NXG. It is the signature series yo-yo of Joseph Harris.

The Unleashed is YoYoJam's latest looping yo-yo and the successor to the Sunset Trajectory series, building upon it and bringing it to the next level with significant improvements for competitive 2A play.

Instead of an O-ring-based response system as with the previous releases, the Unleashed features starbursts sloping from the area of the bearing seat to provide response when needed, but also allow for longer spinning. This allows for sleeping-based tricks such as wraps and the tangler to be performed. The string gap width can be adjusted using shims. The Unleashed also utilized a B-sized Speed Bearing, which would need to be lubed for the yo-yo to respond, since these bearings are generally dry to allow for low-responsive to unresponsive play.

Also released were special editions of the Unleashed for the 2011, 2012, 2014 and 2015 Worlds contests, as well as a black signature edition for Toshiaki Oonuma. 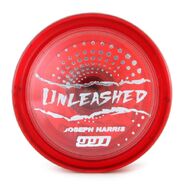 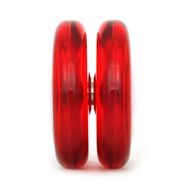 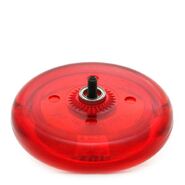 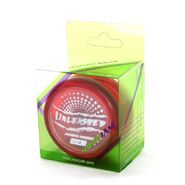 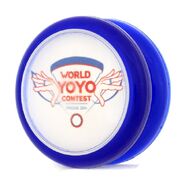 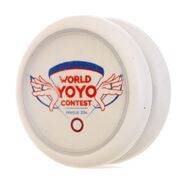 Worlds 2014 edition in white
Add a photo to this gallery

Retrieved from "https://yoyo.fandom.com/wiki/YoYoJam_Unleashed?oldid=42064"
Community content is available under CC-BY-SA unless otherwise noted.