Not to be confused for the Duncan Satellite yo-yo.

The Satellite is a yo-yo produced by YoYoJoker, released in the Summer of 2012.

The Satellite is an offstring yo-yo like no other, especially in the YoYoJoker line-up. Its construction consists of an aluminum body sheathed by outer delrin shells, designed for great rigidity and durability, in addition to long, smooth spinning and great control. There is also a small amount of space between the aluminum body and delrin shells, acting as a kind of buffer zone to absorb the shock of when the yo-yo hits the ground. Whether the user does regenerations, recaptures, boiny boingy or lengthy trick combos, the Satellite's catch zone helps to land such with ease.

The prototype version of the yo-yo, released in 2011 exclusively on Yo-Yo Store Rewind, is of a slightly larger diameter and a narrower width. Compared to the final product, it isn't too good for regenerations, but is still a great sleeper with performance to match in rail-style tricks and horizontal play. Another difference between the prototype and retail versions of the Satellite is in the response system. The finalized version used 19.6mm-sized pads, while the earlier prototype model of 2011 used wide Joker Pad response. 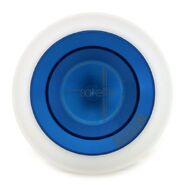 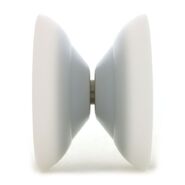 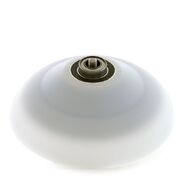 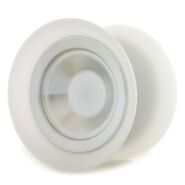 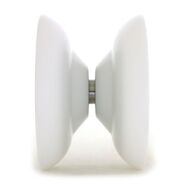 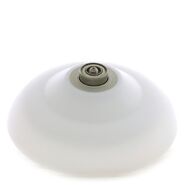 Internals
Add a photo to this gallery
Retrieved from "https://yoyo.fandom.com/wiki/YoYoJoker_Satellite?oldid=41187"
Community content is available under CC-BY-SA unless otherwise noted.