The Skyscraper is an offstring yo-yo released by YoYoJoker in 2013 as part of the EX-System series.

The Skyscraper is the third release in the EX-System line-up, featuring a specially-sized delrin EX Body measuring 75mm x 54mm. Of course, as with any EX-System yo-yo, the user could change out the EX Lock Crest and EX Response Unit to change the bearing/response pad size for a different feel of play. The Skyscraper uses an offstring-type EX Response Unit that has a high-edged design and a narrow string gap width.

The original version of the Skyscraper used a large C-bearing and 19.6mm-sized response pads, while the second version, which was released in 2014, used a smaller, faster-spinning D-bearing and Joker Pad response. 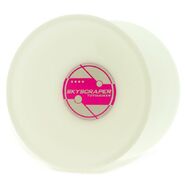 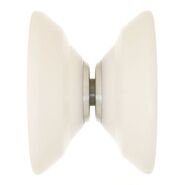 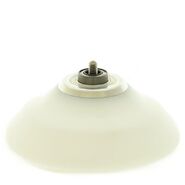 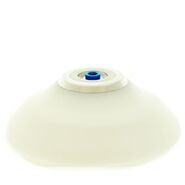 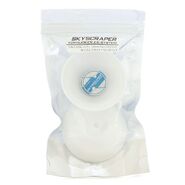 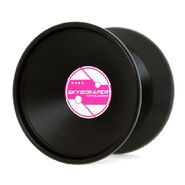 D-bearing version
Add a photo to this gallery
Retrieved from "https://yoyo.fandom.com/wiki/YoYoJoker_Skyscraper?oldid=38164"
Community content is available under CC-BY-SA unless otherwise noted.