The C-NINE (originally named the Cloud) is a yo-yo released in late 2015 by YoYoRecreation as a signature model of Atsushi Nakamura.

The C-NINE is YoYoRecreation's latest offstring yo-yo. It was an ambition of Atsushi Nakamura to have a yo-yo of his own personal specifications, and during development, they were was looking for the best shape befitting of Nakamura's well-controlled regeneration style in a smaller body. It was challenging, as a smaller and thicker body under normal circumstances would lose its performance and would not spin as smoothly.

However, after countless prototypes and extensive trial and error, the C-NINE was finally perfected. It is machined out of delrin, and is rather undersized at 69mm in diameter, but it has a width of 64mm, which is very wide. With the attention to detail put into the yo-yo's design typical of YoYoRecreation, the C-NINE's performance proved perfectly suited for Nakamura's playing style. It also features silicone response pads in the same size as used by the older Fragment, as well as a D-bearing.

Takumi Yasumoto had used a prototype of the C-NINE to win 2nd place at the 2015 World Yo-Yo Contest in the 4A Division. 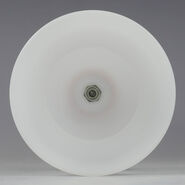 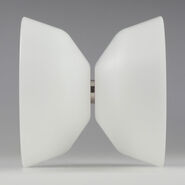 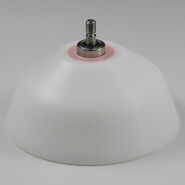 Internals
Add a photo to this gallery
Retrieved from "https://yoyo.fandom.com/wiki/YoYoRecreation_C-NINE?oldid=40857"
Community content is available under CC-BY-SA unless otherwise noted.