The Fragment by YoYoRecreation is a signature series yo-yo of Ryosuke Iwasawa, released in 2012

The Fragment was a departure from the usual step-straight and step-round shapes that were common in YoYoRecreation yo-yos during the time of its release, such as the popular Sleipnir. It features a unique inverse round shape, designed for the purpose of minimizing sleep loss. The design also make whips, lacerations, and hooks easier to land. It is also unique in that it is one of the few YoYoRecreation yo-yos to feature a D-sized bearing. The yo-yo also features silicone IrPad response.

Later runs of the Fragment differed slightly from the first run. The first run featured slight steps in its shape and used an M3-sized axle. Later runs had a smoother shape, a thinner font on the laser engravings, and a thicker M4 axle.

During the long development process of the Fragment, several different prototypes were produced. One of them was well-received; it featured wider, flatter rims and was slightly lighter than the finalized production Fragment. That particular Fragment prototype was eventually released as its own model, named the Uragment ("ura" in Japanese meaning "behind"). 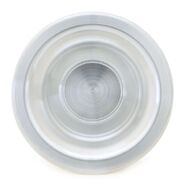 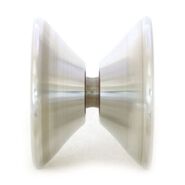 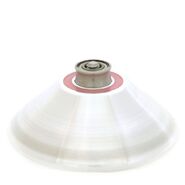 Internals
Add a photo to this gallery
Retrieved from "https://yoyo.fandom.com/wiki/YoYoRecreation_Fragment?oldid=44285"
Community content is available under CC-BY-SA unless otherwise noted.