Starburst
The Negator is a yo-yo first released by YoYoRecreation in 2014.

The Negator is a looping/2A yo-yo with a large Imperial shape (at around 58mm in diameter), along with starburst response and a ball bearing axle for long spinning. The original version of the Negator, released in 2014, was machined out of delrin, similar to the RecRev Reverb and Turning Center Goemon. It was known to be a stable, consistent performer that could handle wraps and tangler tricks effectively, thanks to the tiny K-bearing providing the long sleeping needed for such. However, in retail pricing, it falls short, as it was one of the most expensive looping/2A yo-yos out there at the time.

The Negator was re-released with a new polycarbonate body and a redesigned profile, first at the 2015 Japan Nationals, followed by a wider retail release later that year. 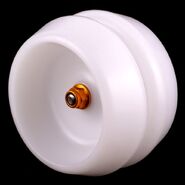 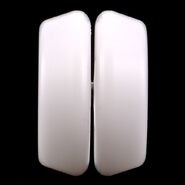 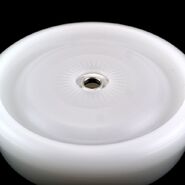 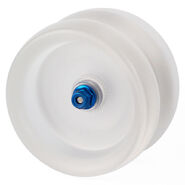 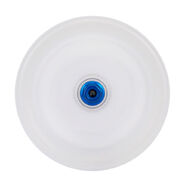 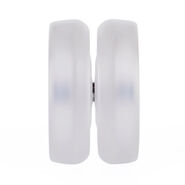 Profile
Add a photo to this gallery
Retrieved from "https://yoyo.fandom.com/wiki/YoYoRecreation_Negator?oldid=44032"
Community content is available under CC-BY-SA unless otherwise noted.