The Sleipnir by YoYoRecreation is a signature series yo-yo of former World 1A Champion Shinya Kido.

The Sleipnir is a string trick yo-yo machined from 7075 aluminium, which is stronger, denser and pricier than the 6061 aluminum alloy more commonly used in full-metal yo-yos. Shinya Kido himself had used a prototype Sleipnir in 2009 to win the World Yo-Yo Contest in the 1A Division.[1]

It became renowned for playing fast and controlling well, with near-perfect feedback to the player's commands, allowing it to change direction in a precise, predictable manner. It made the yo-yo popular for competition play, setting a new standard, as well as putting YoYoRecreation on the map.

Christopher Chia used a Sleipnir to win the 2011 Asia Pacific Yo-Yo Contest in the 1A Division. YoYoRecreation commemorated his victory by releasing the "TAKE THAT" edition of the yo-yo, named after the song that Chia used in his performance at the contest.

In late 2014, YoYoRecreation released a redesigned Sleipnir, with new engravings and a rounded step, rather than a sharp, angular step found on previous versions.[2] Its weight and contest-level playing characteristics remain relatively unchanged, but the yo-yo also features new laser engravings and a concave bearing. At the 2015 World Yo-Yo Contest, three new splash anodizations of the Sleipnir were released. 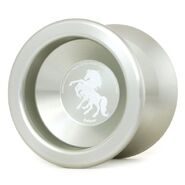 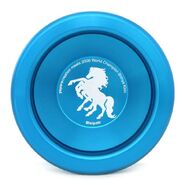 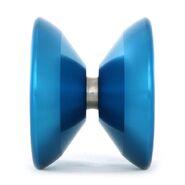 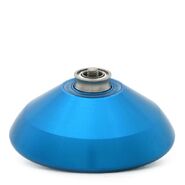 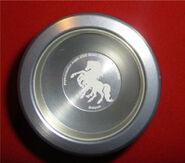 Compared to a Messiah
Add a photo to this gallery 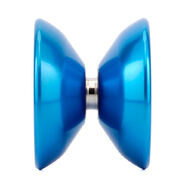 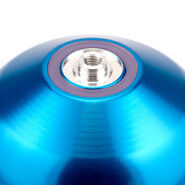 Internals
Add a photo to this gallery
Retrieved from "https://yoyo.fandom.com/wiki/YoYoRecreation_Sleipnir?oldid=44534"
Community content is available under CC-BY-SA unless otherwise noted.