The Third Impact by YoYoRecreation is a rare limited production yo-yo released in 2010 as a signature model of Kengo Kido, the owner of the company.

The Third Impact is a heavy, oversized yo-yo, similar to the Dreadnought G. Compared to the aforementioned, the yo-yo is lighter and has a more rounded profile. The bulk of its weight is focused on the outer rings, with slightly rounded edges. This design element makes for easy play and great control, allowing the user to improve on their performance, even in the hands of an already skilled 1A player.

Only one prototype run was ever made of this yo-yo. 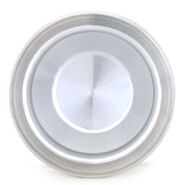 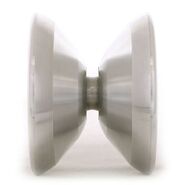 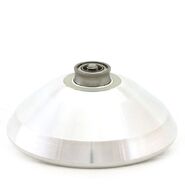 Internals
Add a photo to this gallery
Retrieved from "https://yoyo.fandom.com/wiki/YoYoRecreation_Third_Impact?oldid=41486"
Community content is available under CC-BY-SA unless otherwise noted.