The Uragment is a yo-yo released in 2012 by YoYoRecreation as a signature series yo-yo of Ryosuke Iwasawa.

During the lengthy development process of the Fragment, one of the prototype models had become well-received. This particular prototype had wider, flatter rims, and was slightly lighter and smaller than the finalized production model. Some time after the release of the Fragment, that prototype was eventually released as a standalone yo-yo, the Uragment.

While its specifications do not deviate very much from the standard Fragment, they are completely different yo-yos. The Uragment's flattened rims allow it impressive stability. Otherwise, it isn't too different from the Fragment, especially with the concave D-bearing and silicone IrPad response. 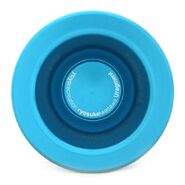 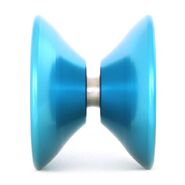 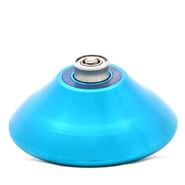 Retrieved from "https://yoyo.fandom.com/wiki/YoYoRecreation_Uragment?oldid=41489"
Community content is available under CC-BY-SA unless otherwise noted.