The BX2 is the blue yo-yo in the Yo-Mods series, and is the middleweight among the three yo-yos, with stiffer response pads, and moderately thick spacers, making it less responsive than the G-R, along with a wider string gap width.

Like its counterparts, the parts are interchangeable, allowing the user to customize the BX2 however they prefer it. 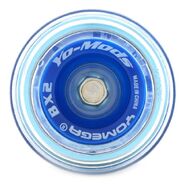 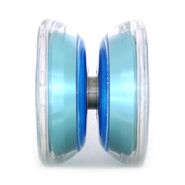 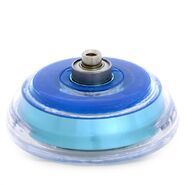 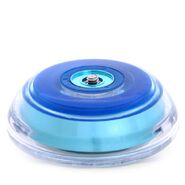 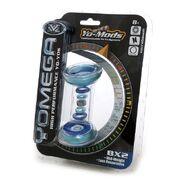 Packaging
Add a photo to this gallery
Retrieved from "https://yoyo.fandom.com/wiki/Yomega_BX2?oldid=41909"
Community content is available under CC-BY-SA unless otherwise noted.