Zammy (short for Zamstrom) is the nickname used by the yo-yo player known as Daniel Ickler. Zammy is widely known for innovating Doctor Popular's style of yo-yoing known as Moebius (1A yo-yoing but opening up the slipknot for new mounts). He also has a yoyo tattoo dedicated to the style of play.

In 2007, in order to try and help children start yo-yoing, Zammy donated about 50 projams and other various cheap retail yo-yos to various Christmas donations. This idea came to be known as the "YoYodrive". Each year Zammy tries to collect yo-yos to give to families so that parents may give their child a gift.

Zammy also has his own signature based modded yoyo. To have this completed, he asked the help of various members of the yoyo community and together heavily modified a YoYoJam ProJam to his liking. This yo-yo was known as The Black death. Here is a link to the story of the creation: Here is the story.

Zammy has been sponsored by various companies in the yoyo world. His first sponsor was with the company known as Madhouse yoyos in 2009. That run lasted about a half a year until he quit due to personal reasons. In 2011, Zammy aligned himself with Onedrop but left in early 2013.

Zammy is very active in the yo-yo social media websites circles and moderates his fanpage on facebook.

For April Fool's Day 2013, YoYoFactory produced the Soul Doubt signature yo-yo for Zammy, a limited edition DV888 whose proceeds were donated in full to charity. Also in 2013, Zammy collaborated with Toxic String to make his own signature string he dubbed "ZYPE".

In late 2014, Zammy announced that he had joined the YoYoTrap Team. While promoting the new YoYoTrap Helium, he has stated he looks forward to working with YoYoTrap to develop his own original signature yo-yo. However, this sponsorship was short lived, as Zammy announced his resignation from YoYoTrap on February 15th 2015. 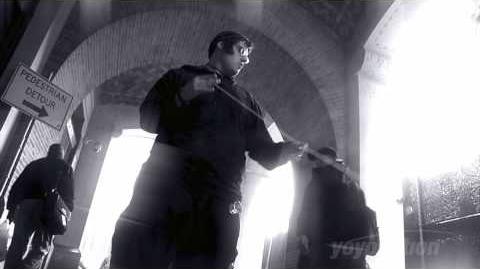 Retrieved from "https://yoyo.fandom.com/wiki/Zammy?oldid=31394"
Community content is available under CC-BY-SA unless otherwise noted.